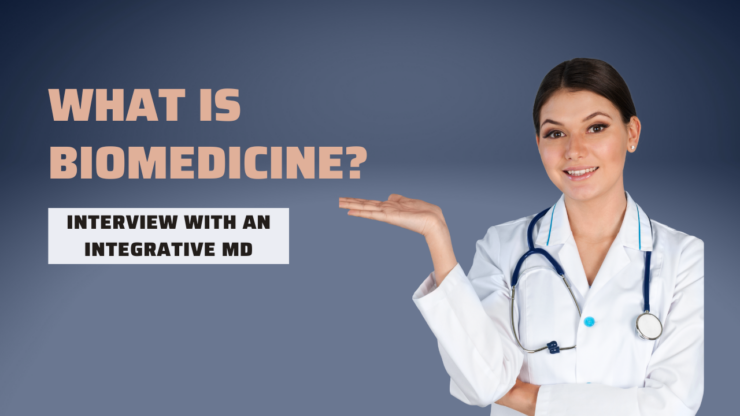 It wasn’t until after I’d written Naturally Better that I first heard the word ‘biomedicine’. I began to meet people who referred to the ‘biomedical approach’ and their ‘biomedical GP’ and my attempts to have this word defined weren’t helping me understand what on earth this meant!

In August I attended a ‘biomedicine seminar’ presented by the Mindd Foundation (www.mindd.org) and it was there that I realized I needed to:

At this seminar, I was very fortunate to meet Dr. Braham Rabinov, who practices near me in Melbourne. So after a lengthy conversation, I booked an appointment for Gryffin.

Whilst I considered that we had covered all bases for my son’s healthcare, I can honestly say that I was not successful in finding a local, supportive, a traditionally trained medical doctor (MD) for our ‘team’ of practitioners.

Our family physician is brilliant and is himself a Nutritional and Environmental doctor (meaning he addresses nutritional and environmental factors in his approach), but we really needed a pediatrician or similar practitioner to give us a thorough traditional medical eye over Gryffin’s progress with alternative & natural therapies.

I’ve since taken Gryffin for a consult with Dr Rabinov. I was so impressed – not only with the consultation but with a seminar Dr. Rabinov presented a few weeks later – that I asked if he would be willing to do an interview with me for my readers.

Please share this with anyone who you feel could benefit from this information, as it is certainly a new and extremely enlightening viewpoint for many people.

Dr Rabinov, thank you so much for agreeing to this interview.
Firstly, could you please explain in layman’s terms what ‘Biomedicine’ means?

In my opinion “Biomedicine” is not a strictly defined medical term but a general term to encourage inclusion of a focus on medical conditions from a biological perspective. These include physiological, biochemical and nutritional factors. These factors may affect all body functions including cognitive, emotional and behavioural aspects of brain function. Physiological, biochemical and nutritional imbalances may lead to physical and/or mental dysfunction and, if the case, need to be considered and appropriately included in overall management.

Each patient’s situation will differ as we are all made differently.

Watch this video for additional information on Biomedicine:

In my opinion the “biomedical approach” is a new term used to describe one part of an integrated approach in the diagnosis, treatment and prevention of illness and optimizing health. It includes looking at contributing factors and triggers.

I suggest that a holistic, individualised approach including integrating the biomedicine aspect would produce the best outcome for patients.

How does Biomedicine sit alongside modalities like Naturopathy, Nutrition & Homeopathy?

In my opinion nutrition and naturopathy are part of the Biomedical approach.

Nutrition is about food providing nutrients and nourishment to all the cells and organs of your body. Naturopathy is about treating people through nutrition which may involve food and/or supplements and herbs to improve their health and wellbeing.

However, every child and adult’s health circumstances are different and consequently their nutritional requirements are different.

Optimizing management may require a thorough clinical and nutritional assessment to ascertain any imbalances ( macronutrients and micronutrients), exclusions and challenge tests to detect food substances causing adverse reactions (allergies and intolerances), and appropriate blood/urine tests for significant toxins where indicated.

I have no knowledge or expertise in homeopathy and therefore I feel it would be better not to comment.

I’ve been reading recently about the relationship between the gut and the brain. Can you summarise – again in layman’s terms – how these separate organs affect each other?

As you pointed out the gut and the brain are two separate organs.

While they generally appear to function independently (except in specific circumstances such as starvation, severe food reactions and times of severe mental stress), they are actually very co-dependant and strongly influence each other’s functions.

These actions are generally not seen or felt but are known as a result of scientific research.

1/ Nutritional interactions in that while we all depend on the food we eat, the gut actually is designed to process the food so as to provide nutrients in a form that can nourish all organs and defend us against toxins. Any dysfunction of the gut process can affect organ and specifically brain function. The specific functions of the gut include digestion, fermentation, detoxification, peristalsis (movement of the gut wall to assist faecal waste excretion) and absorption. Nutritional imbalances or toxins can both impair optimum cell function, damage cells and thereby adversely affect brain functions e.g cognition, emotions and behavior.

Conversely brain dysfunction can affect our eating habits which in turn may lead to poor quality food choices (poor nutrient value and toxins) and thereby affect the nourishment and function of the gut.

2/ Neurological interactions (relating to the nervous system) in that the gut and the brain are connected by nerve fibres much in the same way as a central telephone exchange is connected to our homes.

The nerve fibres that relay from the gut to the brain are known as sensory fibres and give continuous feedback to stimuli such as pain for the brain to interpret and respond. Any significant gut or sensory nerve dysfunction e.g pain, can significantly affect brain function.

Any significant brain or motor nerve dysfunction can significantly affect the parasympathetic and/or sympathetic fibres transmission and thereby affect gut function even to the point of gut dysfunction.

3/ Chemical interactions in that the cells of the gut wall produce substances which are released into the blood stream such as serotonin, a neurotransmitter. Neurotransmitters are naturally occurring chemicals that affect transmission between nerve cells and so affect their function e.g cognition and mood.

Any significant imbalance of these substances can significantly affect gut function.

4/ Immune interactions in that the immune cells, which are dispersed throughout the body but most concentrated in the gut wall, are continuously releasing regulatory protein chemicals into the blood stream. These chemicals are known as cytokines. Many of these cytokines can affect organs such as the brain, e.g in an infection by a virus or bacteria the immune cells produce cytokines (chemicals) that can raise our temperature i.e. fever which is believed to generally assist in counteracting infections.

Any significant imbalance of these substances may cause an inflammatory process of other body parts and thereby adversely affect their function e.g the brain.

Conversely the brain can influence the immune cell function through its nerve supply and/or the release of hormones. Prolonged mental stress can lead to impaired immunity.

There are other factors that may play a role such as allergies and food intolerances but given their complexity I suggest that they be discussed as a separate topic.

The above processes are usually ongoing and interactive, invisible and hidden from our awareness.

In many cases, illness is associated with multiple dysfunctions and requires for optimum management, a holistic approach to diagnosing, investigation, determining where possible any underlying causes, treatment and prevention.

Is this relationship between the gut and the brain an exclusively biomedical concept?

In my opinion, the biomedical concept is just one part of an integrated approach to health. Other aspects include medical, lifestyle & psycho-social factors. All aspects are part of an inter-connected totality and need to be considered and included where appropriate. Any one aspect may affect the whole picture.

Can you discuss the benefits, through your approach, for children with neurological challenges such as Autism?

In my opinion autism is multifaceted.

Results are variable and can depend on factors including genetic makeup, medical conditions, brain development, nutrition and the environment.

My impression is that many of the children can be helped but albeit to varying degrees. It requires thorough clinical, neurological, developmental, social and nutritional assessments, including a focus on any causes or contributing factors. Management requires a holistic, evidence-based, scientific and stepwise approach by the appropriate team of experts.

I was thrilled to find that your attitude to my son’s wellness looked entirely at what was causing various things, with no assumption that these ‘symptoms’ are part of his Down syndrome. I am hugely appreciative of this refreshing viewpoint. Obviously some of this is because of your personality, but is your clinical approach regarded as standard biomedicine, ie. if others were to seek a biomedical MD in their area, are they likely to have a similar experience?

I suggest finding a doctor that practices integrative medicine and has a special interest in children. By integrative I mean combining comprehensive medical management with other evidence based modalities such as nutrition.

Many countries have organizations medical and consumer with a similar focus. Most of these can be found online albeit the exact names for this approach will vary.

Thank you Dr Rabinov, your time is greatly appreciated!

NB: This information is provided for educational purposes only and is not meant in any way to constitute medical advice. I suggest that any person wanting to take any of these matters further seek their own professional advice.

Dr Braham Rabinov is a medical graduate from Melbourne University, a Board Member and Fellow of the Australian College of Nutritional and Environmental Medicine, and has a Diploma in Health Education from Latrobe University.

His areas of special interest are evidence-based integrative medicine and health education.

For more articles like these be sure to visit naturallybetterkids.com.